Home › About Us › Board of Directors David Wight, Chair
David served as president and CEO of the Alyeska Pipeline Service Company from 2000 to 2006. Prior to that he was the president and chairman of BP Amoco Energy Company Trinidad and Tobago from 1992 to 2000, playing an integral role in the development and construction of an LNG facility. He is a past member of the Alaska Oil and Gas Association board and the Association of Oil Pipe Lines Board. 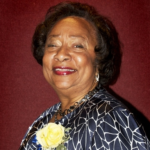 Eleanor Andrews, Past Chair
Eleanor returns to Anchorage Park Foundation board where she served enthusiastically for almost a decade. Now retired, Eleanor’s business card reads Civic Entrepreneur. She describes herself as someone who works in her community to enhance the quality of life for Anchorage citizens. Her previous engagements include terms as a member of the Alaska Judicial Council, Anchorage Chamber of Commerce, Commonwealth North, and Anchorage Neighborhood Housing. Before Andrews started her 20-year career as a services contractor to federal agencies, she served as a union representative, employee relations director for the Municipality of Anchorage and Alaska State Commissioner of Administration.

Forrest Dunbar
Forrest is a member of the Anchorage Assembly representing East Anchorage. Forrest was the Vice President of the Scenic Foothills Community Council in Southern Muldoon and helped found the Muldoon Farmers Market. He is a commissioned officer in the Alaska Army National Guard and corporate attorney. Susanne Fleek-Green
Susanne brings to the Anchorage Park Foundation board twenty-five years of management, policy, and political experience focused on public and private land conservation, environmental protection, Native rights, and community building. She has worked at the local, state and federal government level and as a conservation advocate for national and state non-profit organizations. Outside of work, she can be found adventuring across Alaska with her family and volunteering for organizations building outdoor and leadership skills in young people and women. John Gliva
John is retired from a 30-year career as land use and community planner with the Anchorage Borough and State of Alaska.

Ernie Hall
Ernie is a long-time community activist and former Anchorage Assembly Chair. Ernie led the effort to build a bell tower at the Anchorage Memorial Park Cemetery that was completed in 2020. Ernie retired from a long career as owner of Alaska Furniture Manufactures. Joelle Hall, Past Chair
Joelle is the Alaska AFL-CIO’s Director and has been on board since 2006. She is a proud member of UFCW, Local 1496. She has a long resume of political experience from running extensive issue campaigns to heading up the efforts of the AFL-CIO labor program. Joelle served in the U.S. Army and is a graduate of the University of Alaska Fairbanks. Kelsey Potdevin
Kelsey serves as the Tribal Court Facilitator at the Alaska Native Justice Center. She previously served as Special Assistant to the President at Alaska Federation of Natives. Prior to this Kelsey worked as a Program Associate at the Alaska Community Foundation and as a Program Fellow and Philanthropy Northwest Momentum Fellow at Rasmuson Foundation. Kelsey moved to Anchorage in 2014 and immediately fell in love with the world-class trail system and easily accessible parks. As an avid walker, hiker, mountain biker, and fair weather bike commuter there’s nowhere she’d rather be. Ann Rembert Safranek
Ann discovered the inextricable link between public health, social justice, and outdoor recreation early in her career as an emergency medicine physician. Working for years in the emergency departments at the Alaska Native Medical Center and Providence Alaska Medical Center, Ann became familiar with health challenges many Alaskans face. She views parks as prescriptions and playgrounds & trails as health and wellness centers.  She believes that green & blue spaces are the entry point to lasting health and strong communities.  She received her B.S. in Molecular Biology from Vanderbilt, an M.D. from the University of Texas Southwestern, and her imminent M.P.H from UC Berkeley. Jim Torgerson
Jim joined the Anchorage Park Foundation’s Board in 2021 because it helps nurture a healthy community by connecting the people of Anchorage to each other and this beautiful place. Jim was formerly the firmwide Managing Partner of Stoel Rives, LLP, the law firm where he practices, Jim also has served on the boards of numerous other non-profit and for-profit organizations.